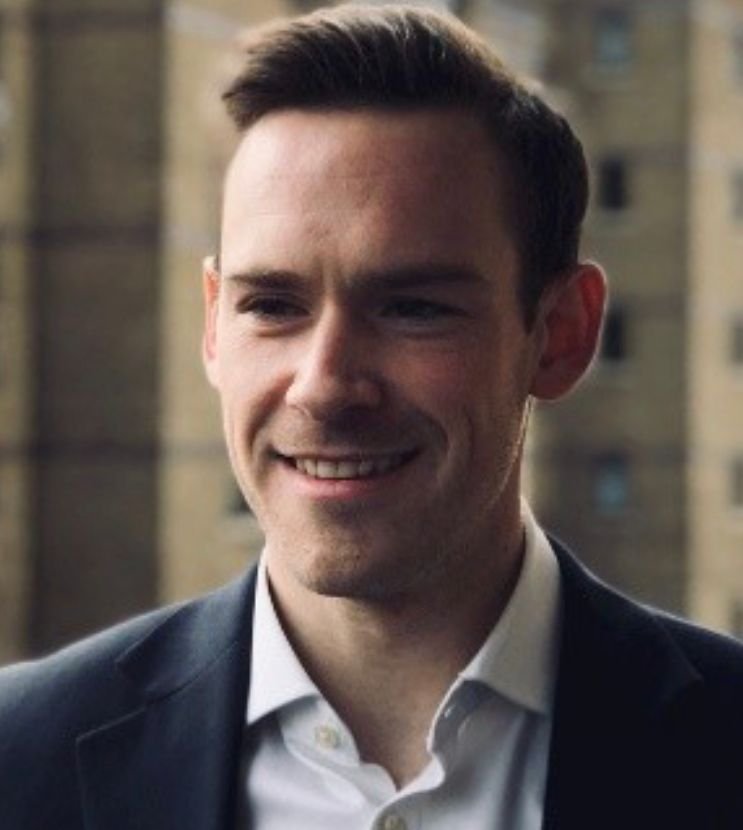 The Ultimate Guide to Complete the National Three Peak Challenge

Read on to for our comprehensive guide to the National Three Peaks Challenge and what it entails. 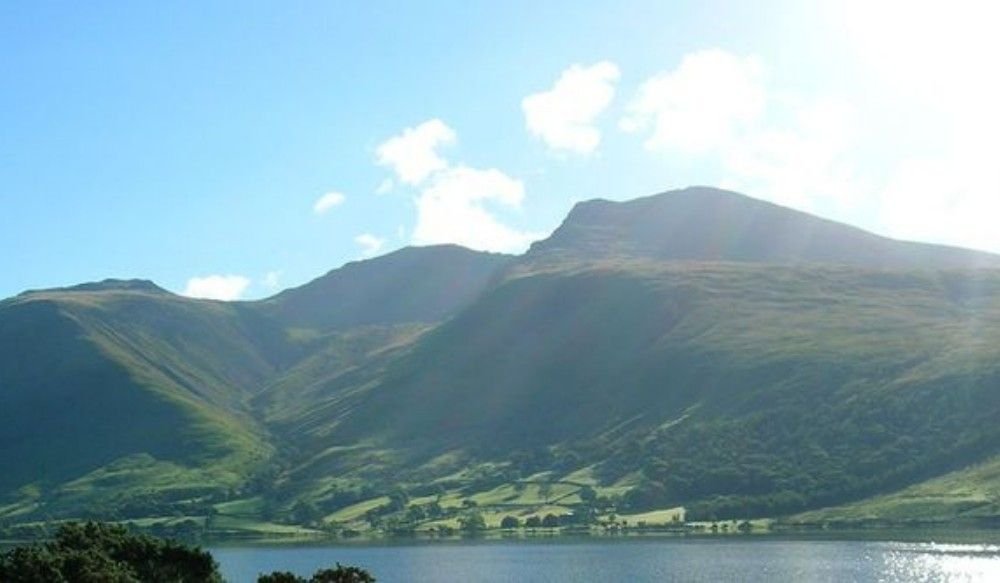 The National Three Peaks Challenge is the effort to climb the largest three mountains in Scotland, Wales and England, often within 24 hours, covering around:
Fitness level: Intermediate - you’ll need to be fit, healthy and active in order to be able to complete the challenge within 24 hours.
Read on to for our comprehensive guide to the National Three Peaks Challenge, that covers:

What is the National Three Peaks Challenge?

How to complete the National Three Peaks Challenge?

There are three main ways you can attempt the National Three Peaks Challenge; with a guided group, a non-guided group or solo.
The logistics of completing the climbs and journeys within the 24-hour time limit usually means that the easiest, safest and most practical way is to join a group or a professionally organised Three Peaks Challenge event. This allows you to rest on the journey, have support in place for food, equipment and emergencies, be accompanied by an expert guide, and enjoy the camaraderie of other walkers! There’s often a chance to get a certificate at the end to supplement your well-deserved boasting rights.
You can do the challenge with friends that have some hiking experience, but it will require a lot of logistics and route planning. Hire a minibus, rope in a non-walking driver and you’ll have the makings of enough support to underwrite your safety and success. If you’re doing the Three Peaks walk over two or three days, you’ll need to book accommodation and ensure to bring adequate food and water.
For practical reasons, those who choose to complete the National Three Peaks Challenge solo usually make each climb separately over a weekend or three separate dates. They stop the clock at the completion of each descent and add the three times together for their final completion time. Amazingly, Scottish adventurer Jamie Ramsay became the first man to run the entire Three Peaks Challenge solo and unsupported. He carried all his supplies on his back, with the feat taking 13 days, 23 hours and 40 minutes.

How long does it take to complete the Three Peaks Challenge?

The National Three Peaks Challenge is typically climbed from north to south, starting with the highest, Ben Nevis, in western Scotland. Twenty-four-hour climbs usually start with Ben Nevis in the evening, Scafell Pike early the following morning and Snowdon in mid-late afternoon.
Ben Nevis is the hardest (with the highest ascent and tough terrain at times), so it makes sense to tackle it while you’re still fresh, positive and raring to go. The descent can be done in fading light as the path is relatively easy to follow. Scafell Pike is riddled with paths, making it more important to tackle in daylight. Snowdon also has several routes, from the popular Pyg Track to the hairy Crib Gogh Ridge route.
Average times taken are:
This equates 14+ hours of hill walking, leaving 9-10 hours to drive (or ideally, be driven!) between the peaks.
This is one of my favourite videos on the Three Peaks (although it's a beast of a challenge to use a motorbike between the climbs!)...

How fit do I need to be to complete the National Three Peaks Challenge?

The National Three Peaks can be challenging both physically and mentally. It is a test of endurance, often requiring participants to cope with the unexpected. Bear in mind, you are not just conquering three highest mountains; you are also testing your own physical limitations and self-doubts. The reward on a clear day is breathtaking views as you stand on top of the world and celebrate your own personal victory before moving on to the next peak.
Although challengers try to choose the best weather, these three highest peaks are often surrounded by sudden mist and are covered in ice and snow as even as late as mid-June.  You will be walking on rocky, loose terrain which can be slippery at times. Snow, mist, strong winds and blizzards can cause any well-planned climb to end in a rapid retreat.
The National Three Peaks Challenge requires a good level of fitness, but people of all ages and backgrounds successfully complete it every year.

What kit do I need for the Three Peaks Challenge?

If you’re off on a guided hike, your instructor will provide a full kit list (push them to do so if not). If you’re planning to do it as a group of friends, below is an indicative list of what you’ll need to bring, but you should get some practice hikes in beforehand, to get used to your kit.
In terms of clothing, layers are your friend! Synthetic dries faster than cotton and a fleece underneath waterproofs is ideal. Carry an extra layer of clothing in a plastic or dry bag in your backpack. Gore-Tex waterproofs or similar, hat, gloves, sunglasses and SPF suncream will take care of the extreme conditions that you are likely to encounter during your Three Peaks Challenge. A good quality head torch is also a priority. Footwear should support the ankles, be waterproof, comfortable and broken-in to avoid blisters. Additional clothing can be left on the bus.
Other nice-to-have items are:

What training should I do for the National Three Peaks Challenge?

The best training for any Three Peaks participant is hill walking and getting used to being in the outdoors with changing weather conditions where you really get to try your kit / clothing out.  Walking on a treadmill at full incline can help to get the legs used to climbing. General good health is necessary and mental fortitude is equally important. A positive, can-do attitude, patience and determination are all pre-requisites. Successful participants recommend mentally breaking the challenge into achievable sections and ticking them off can help walkers stay positive in their toughest moments.

Unlike the other mountains of the National Three Peaks Challenge, Ben Nevis has one main path. It starts at Ben Nevis Visitor Centre car park (postcode PH33 6ST), pretty much at sea level with a steep vertical ascent up the west side. Don’t forget to feed the meter before setting off!
Known as the Pony Track, the route runs through Glen Nevis to Lochan Meall an t’Siudhe. This is one of the steepest sustained ascents in the whole Three Peaks Challenge and can take up 90 minutes of the overall time. The loch marks the halfway point before the path zigzags up to the rocky summit plateau. The highlight of this route is the view from the 700m (2300 ft.) cliffs on the north face of the mountain, among the highest in the UK. For much of the year, the final ascent up Ben Nevis to the trig point (triangulation station) is obscured by snow, but cairns (stone markers) highlight the path. At the peak there are ruins of a weather observatory which, remarkably, was continuously staffed between 1883 and 1904.
This route up and down Ben Nevis is 10.5 miles in total and includes 1352m of ascent. Walkers may find walking poles help with the equally steep descent.

The second part of the Three Peaks Challenge up Scafell Pike is psychologically hard. Mostly rocky, the route has some areas that can be muddy and difficult to navigate in the dark. It usually starts in the early hours of the morning when the end seems a long, long way off!
The walk begins from Wasdale Head car park (postcode CA20 1EX), north of Wast Water, the UK’s deepest lake. Despite being 61m (200 feet) above sea level, this National Trust-owned lake is 79m (258 feet) deep, covering more than one square mile and reaching over 15m (50 feet) below sea level. Follow the footpath towards Lingmell Gill, bearing left uphill across the river, passing Brown Tongue and continuing to the summit boulder field. The peak of Scafell Pike is often shrouded in cloud. This route is 6 miles total (up and down) with 989m of ascent.
The alternative Seathwaite route starts near the farm at CA12 5XJ (which has limited parking). Head over Stockley Bridge to Styhead Gill then take the Corridor Route to Lingmell Col before pushing to the final peak. This route is 9.5 miles long in total and has 996m of ascent.
There are two longer routes, from Langdale and Eskdale, which are perhaps best saved for repeat challenges.

Climbing Snowdon as part of the National Three Peaks Challenge

Numerous paths up Snowdon allow Three Peaks challengers to choose the route most suited to their ability and energy levels. Once challengers have reached this point, the mood is usually buoyant with the thought of the easiest climb of all and the daylight hours ahead!
Both the Pyg Track and the Miners Track start from Pen-y-Pass car park (postcode LL55 4NY) on the A4086 (Please note there is a fee for parking. Set in the Snowdonia National Park, this designated nature reserve has rare flora and fauna despite being nicknamed ‘the busiest mountain in Britain’.
The Pyg Track starts from the higher end of the car park as a tarmac footpath. It quickly becomes rocky underfoot with steps near the peak. About 30 minutes before the top, a large standing stone marks where the Pyg Track merges with the longer Miners Track. A second marker stone will lift spirits as it points toward the summit, just ahead. The Pyg Track is 7 miles in total length with a 723m ascent.
The Miners Track begins smoothly from the lower end of the car park. It winds around three lakes: Llyn Teyrn, Llyn Llydaw and Glaslyn before rising to merge with the Pyg Track about 30 minutes below the peak. This route is 8 miles in total and ascends 723m.
In summer, walkers can celebrate their successful ascent of the National Three Peaks with quick refreshments at the mountain top Visitor Centre, Hafod Eryi, before their final euphoric descent.

National Three Peaks Challenge: Our account of completing it

Coronavirus Responses and What We Can Learn From Them 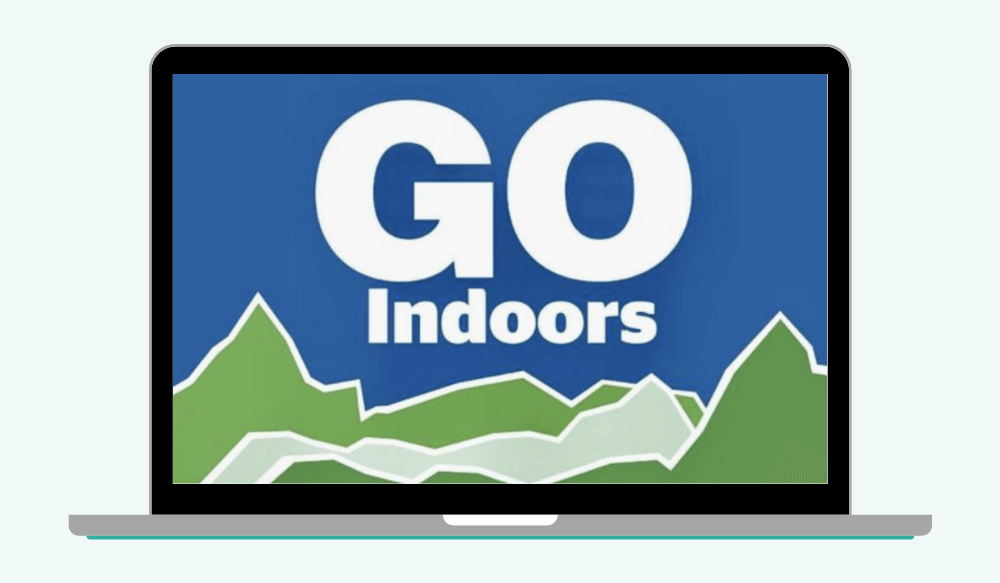 Coronavirus Responses and What We Can Learn From Them

Coronavirus has been an unprecedented challenge for many. I've pulled together a few responses I've seen that can inspire us all to do more / similar good initiatives. 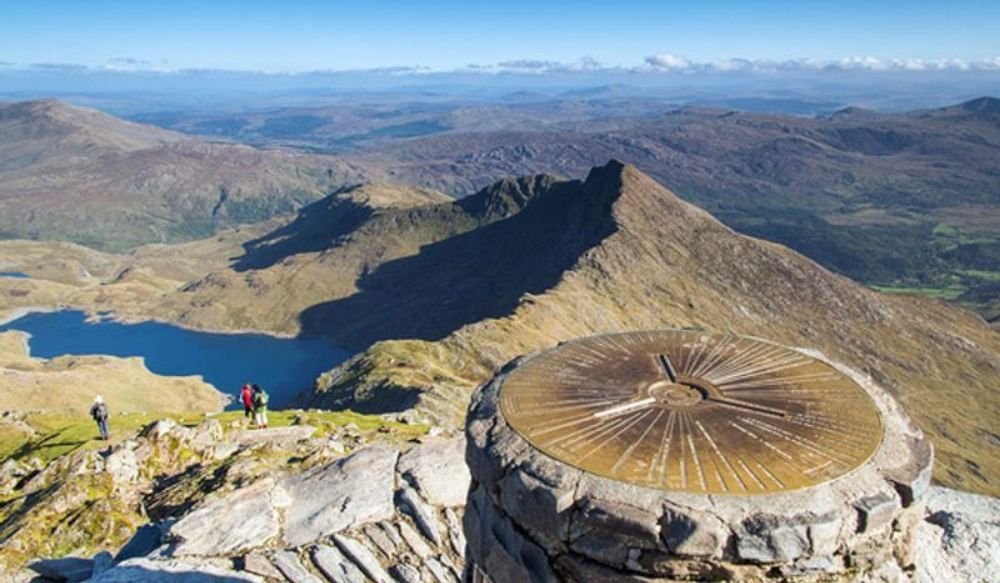 The Highest Mountains In Wales and Routes to Climb Them

This is a complete guide to the highest mountains in Wales, a map, a list and some of the best routes to climb them.

Mountain Climbing
Kayaking, All You Need to Know to Get Into the Sport! 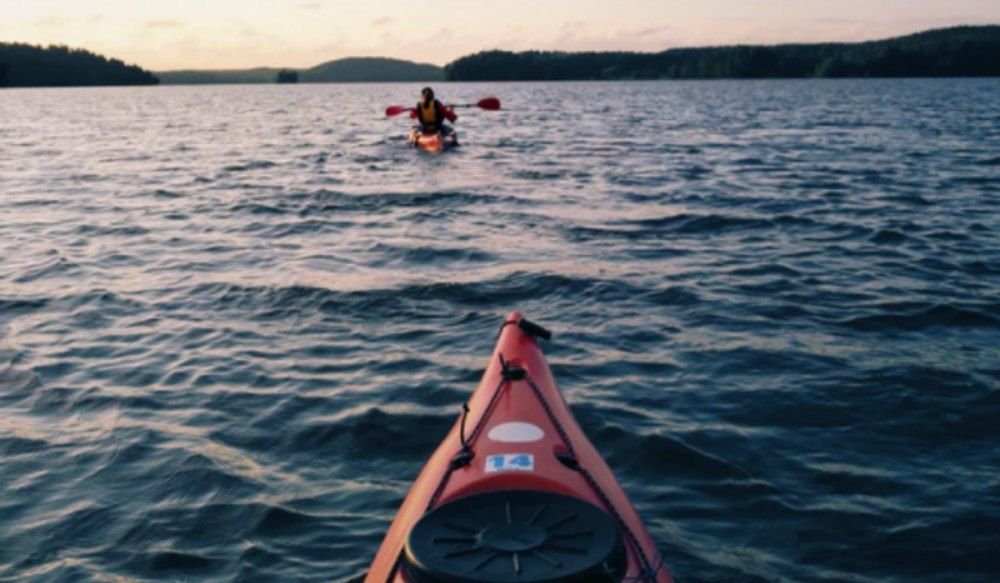 Kayaking, All You Need to Know to Get Into the Sport!

There’s different types of kayaking and various routes for getting into the sport. Read this kayaking guide for everything you need to get started.